Without thorough penetration testing, you won’t be able to find and fix holes in your cyber security

Find out if your cyber security can withstandthe latest attacks

“Penetration Testing is when we purposely test, and in effect simulate attacks on a given computer network, or business systems to help us identify where the potential threats and loopholes are.

We want to put the test the robustness of the systems to evaluate how secure and efficiently they really are.

A penetration test is based on the assumption that more can be learnt about its susceptibility to attack by attempting to compromise network security, and specific weaknesses are identified and mitigated.

If you haven’t put your current security levels into an extreme testing environment and want to know how strong your cyber security is, then a penetration test is what you need.

The main reason for penetration testing is to identify the weak points in your security systems and networks, identify the risk measuring up the risks by following your company security policies.

In our ever-evolving world of Managed IT Services and network technologies, systems and processes are moving at an ever-increasing faster rate.

This in turn leads to higher risks of security vulnerabilities.

Have your efforts to identify these vulnerabilities kept pace with the latest security threats?

How have you kept your security test approaches up to date?

How has your penetration testing been evolving since you started?

Penetration Testing as a Service (PTaaS)

A company’s Security Posture is constantly changing in line with the evolving risks faced by multiple sources. A traditional Penetration Test is very much a point in time assessment. It is time for the market to evolve and a new solution to be provided that meets the needs of the customer.

PTaaS advocates a continuous cycle of testing and remediation. It suggests that your security posture is always changing so in order to combat this moving target there must be an on-going program of testing, remediation and management. PTaaS is all about establishing a regime of automatic checks and monitoring so that even the smallest aspects of your eco-system are protected.

CloudCoCo’s PTaaS service is a part of the same technology group of companies as RapidSpike, a market leader in providing advanced monitoring tools to many numerous clients worldwide. Every CloudCoCo customer will have a level of access to the following tools depending upon the level of service they have acquired. 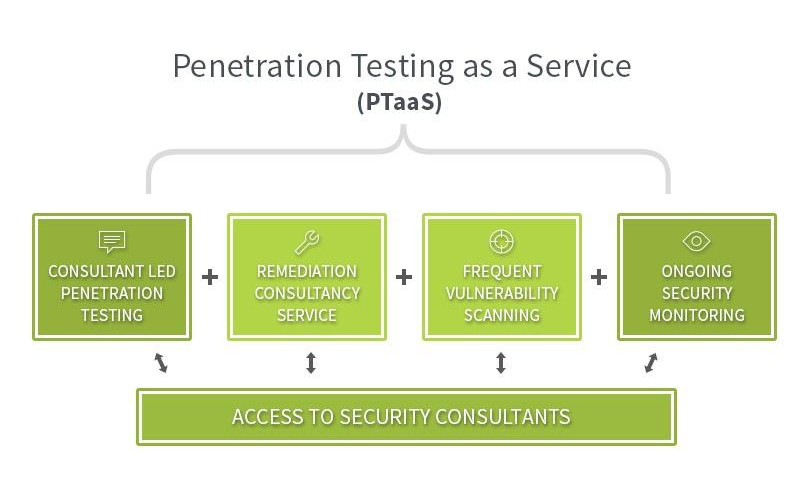 SecurePortal is a key component of Penetration Testing as a Service (PtaaS), providing customers of CloudCoCo with a live cloud service to manage their penetration testing services and results.

CloudCoCo uses SecurePortal in order to move away from the traditional delivery of PDF based reports, toward a more intelligence and secure process. Both vulnerability scanning and manual penetration testing services can be requested via the portal, target scopes submitted securely, and all results digitally presented in a way that can be interrogated, tracked, measured and easily exported.

Given that the threat landscape constantly evolves, SecurePortal automatically checks the National Vulnerability Database (NVD) and alerts the customer via SMS and/or email if any newly discovered vulnerability could affect their SecurePortal tracked assets. This enables customers to react quickly if a new threat is discovered, or a current vulnerability increases in severity.

1. How does the penetration test work?

Firstly, there are two types of hackers. Legal and Illegal. With our penetration testing we are given legal permission by the business to hack the system.

Our findings then act as prevention steps to stop the illegal hacker gaining access in the future. This is what penetration testing does.

Before we dig a little deeper, we need to identify three ways to execute the test.

Black box testing (also known as a blind tests), is used to identify how an illegal hackers mind works.

In this case, the legal hacker will try to penetrate the company system by applying all the acquired knowledge to prove that it is way beyond an illegal hacker’s access.

Still, if the hacker hacks into the company's network, it will be documented in order for the company to plan for protection and block any threats.

White box testing is conducted to test the company security when the hacker is within the company, or someone familiar with access.

In this test, the legal hacker is given the username, passcode and IP address that can then be used to try and hack other areas of the company’s private systems, where no authorisation has been granted.

Grey box testing, also known as partial disclosure, is when the legal hacker has some vital information about the company. Other information is then left for the hacker to try and discover.

2. What is the internal and external penetration test?

There two top level versions of penetration testing to strengthen the security of a business.

This is when a legal hacker tries to penetrate the company's security using the company's computer—this checks the security system from an inside job. The purpose of this test is to prevent the company's employees from gaining access to all data.

This checks the system's security through an internet connection. Basically, attacking a business from an outside IP address.

In this case, a legal hacker will try to penetrate all the business confidential and sensitive information through the databases linked to your website through the internet.

3. Why is penetration testing vital?

The penetration test is supposed to be part of every company’s daily job description, because it lets you evaluate your IT infrastructure's overall security.

Your company may have a robust security protocol in certain specific areas, yet in others risky vulnerable points may need securing down.

The high cost and reputational damage of cyberattacks means that no company is expected to wait till a real-world scenario is played out before installing defense systems.

Penetration tests helps expose loopholes in business security, it allows security experts and penetration testers to handle any shortcomings before they are played out and become critical.

4. How is the penetration test done?

The penetration test is done using various automation processes and tools to expose vulnerabilities. We operate the latest technologies to combat these, expose and fix them.

Automation and penetration testing tools look for weak data encryption and hard coded values within the application code, like a password.

These tools help companies find out how well they are complying with the current security policies.

Testing is also an excellent way for check your staff security access at every level of the organisation.

5. What can I do after penetration testing?

Once you have received your testing report, you can apply the necessary recommendations and strengthen your overall security position.

Companies should always turn the outcome presented to them into actionable insight.

The decision-makers will then use the information given to spur any need for change to improve current security protocol. 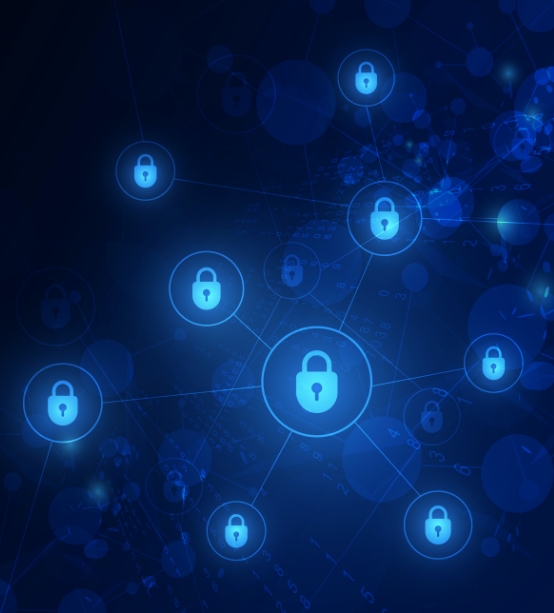 Benefits of penetration testing for your business

There are many benefits of deploying the right penetration testing, these are as follows: