Over the last few years, organisations have had to adopt new digital transformation plans due to the changes needed by everyone to adapt to the new ways we work, and where we work.

Cyber Criminals have taken advantage of the new ways we work and DDoS attacks especially have seen a nearly 3-fold increase. The sophistication of these attacks has also become increased and as a consequence, the effects this is having on businesses who are targeted are increasingly serious and costly, not just monetarily but to their reputations as well.

Because a DDoS attack can slow down, or even stop a company’s IT network from working, our ability to access the data that is held away from a personal device like a laptop or mobile phone is compromised. When this happens, our ability to do our roles, or assist customers is hampered.

The CloudCoCo DDoS Protection service is a full solution with high-speed detection of attacks ranging from low & slow start to brute force, and volumetric attacks.

The Solution includes forensic level analyses of all network traffic to identify threats in real-time and where these attacks are detected, direct the traffic to our highly scalable carrier-grade A10 security platform.

The platform features monitoring traffic entering the network including;

The top 3 reasons you must have protection in place:

It is now advised for organisations to utilise cloud-based DDoS protection services. This approach is scalable and more cost-effective than dedicated on-site protection. This is due to the evolving complexity and scale of DDoS attacks and being able to keep pace. It is similar to an arms race between the attacker and the defender.

CloudCoCo provides direct physical (VLAN or Port-based) connectivity into our MPLS network to deliver transit services combined where required DDOS mitigation capabilities with the ability to deal with 10’s of Gigabit attacks and unlike many other DDOS services, allow customers to maintain their existing IP address scheme. 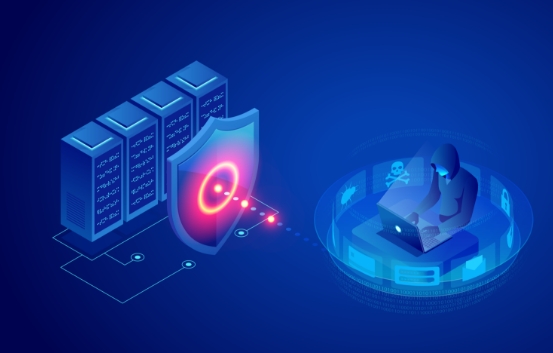 Under non-DDOS conditions (normal traffic) the traffic flows through the network directly and the Threat Protection Systems (TPS) will not be in the traffic path.

When an attack is in progress the Threat Protection Systems will advertise a route to the affected host, altering the traffic path so that the DDOS attack is directed to the TPS device and scrubbed.

Outbound traffic from the customer will still bypass the TPS. 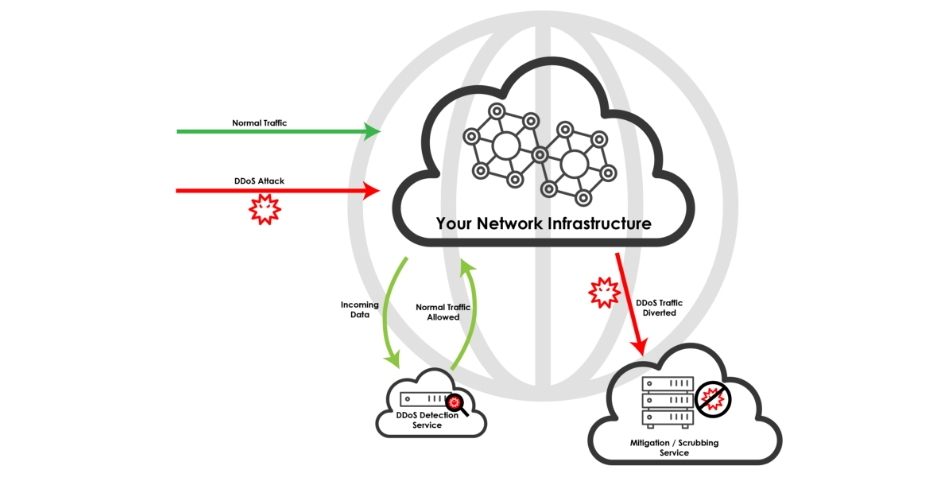 What does DDoS mean?
DDoS stands for Distributed Denial of Service attack.

What is a DDoS Attack?
A DDoS (Distributed Denial of Service) attack is a technique used by Cyber Criminals where they overwhelm a network with huge amounts of traffic. As a consequence, the network can perform badly or defences like firewalls might stop working altogether leaving an organisation vulnerable to further attacks.

Do I need to protect my organisation from DDoS Attacks?
Yes, over the last few years there has been a huge rise in this type of attack being used. The attacks are becoming more sophisticated. The damage that can be caused to an organisation includes data loss as well as reputational damage.

What is a DDoS botnet?
Cyber Criminals hijack numerous poorly protected devices which are connected to the internet over time and control these through what we call a Command & Control Centre (C&C). This is called a botnet. Cyber Criminal takes control of individual devices using Malware and other methods. The Malware normally infects vulnerable devices through hijacked websites or phishing links sent via email.